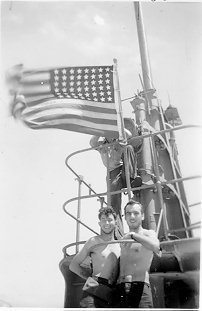 After refitting and repairing the damages sustained from the depth charging she received at the hands of Shokaku's vengeful escorts, Cavalla commenced her second war patrol on August 30, 1944. During the 53 day patrol in the Philippine Sea, Cavalla made contact with one convoy. A difficult approach was made and torpedoes were fired, but Cavalla's aim was not as good as in the past. She reported no hits. On September 15, she stood in support the invasion of Peleiu.

Cavalla's operating base was changed to Freemantle, Australia.

Cavalla cruised the South China Sea and Java Sea on her fourth (and fifth) patrol. No sinkings occurred on the fourth patrol which began on February 25, 1945 and lasted 46 days. Cavalla was experiencing the success of the Silent Service; no targets to engage. There was, however, some activity from the enemy's defenses. Cavalla escaped a close air attack and Japanese submarine torpedo. 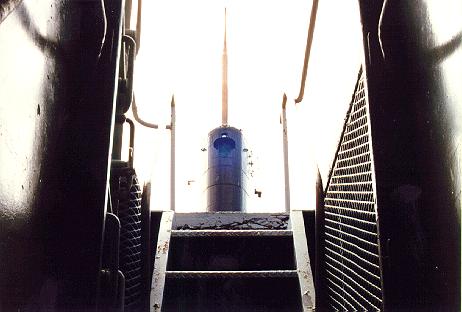 Cavalla's fifth war patrol started on April 20, 1945 and lasted 30 days. She remained on lifeguard duty for downed B-29 fliers for two weeks. But such was the nature of the war in its closing days that American fliers returned to their bases in their planes instead of on submarines.

Toward the end of her patrol, Cavalla found the British submarine Terrapin on the surface in distress as the result of a brutal depth charging. Terrapin was wholly defenseless, unable to make full speed or dive. Cavalla escorted her through the Java Sea, Lumbok Strait, and down to Freemantle without incident.

During the sixth war patrol hostilities between the United States and Japan ceased on her 18th day at sea. Cavalla received the cease-fire order of 15 August 1945 while lifeguarding off the coast of Japan. Clay Blair chronicles the aftermath of the war for Cavalla: "Kossler remained on the surface in broad daylight 25 miles from the Japanese coast. It occurred to him that he should celebrate by passing out a ration of medicinal brandy. He asked his exec to break it out, mix it with pineapple juice, and give every man one drink. While the exec was attending to this, Kossler remained on the bridge, planning to run in and look at the coast close up. Two minutes after noon Cavalla's radar operator picked up an airplane contact dead ahead. 'He was coming right at us,' Kossler recalled. 'So just in case, I rang up full power.'

"The plane roared in. Kossler watched, half-hypnotized. Then he saw a bomb falling toward Cavalla and swung ship to avoid it; the bomb landed 100 yards off the starboard quarter. Seeing the plane climb for another run, Kossler cleared the bridge and dived. When Cavalla was safely at deep depth, Kossler remembered the brandy ration and asked where it was. His exec replied, 'Captain, I talked it over with the boys and they decided to wait until the treaty was signed.' 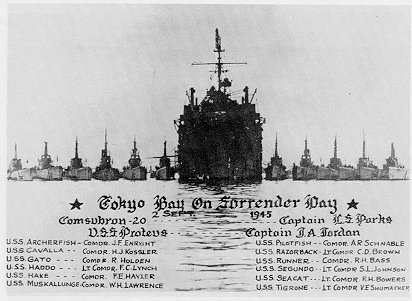 "Half an hour later, Kossler surfaced and reported the incident to Admiral Halsey in Task Force 38. Several hours later, Halsey sent a message to his fleet units. 'He said,' Kossler remembered, 'that if you saw an enemy plane approaching you directly, shoot it down--but do it in a gentlemanly fashion.'"

Admiral Nimitz invited Admiral Lockwood to attend the surrender ceremony. Lockwood received permission to have a dozen of his submarines present for the ceremony, and so Cavalla proceeded immediately to Tokyo Bay to witness the signing of the surrender on September 2. She then returned to the States, arriving in New London, Conn. on October 6, 1945. Cavalla was placed out of commission in reserve on 16 March 1946. During her war service Cavalla sank 34,180 tons of enemy shipping.

But Cavalla's service to the defense of the American people was shortly to be needed again.


Return to the yard for SSK Conversion